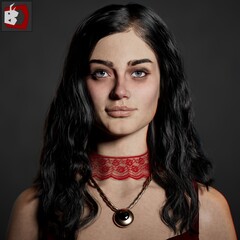 I am a 3DArtist/ 3D generalist currently working as a Character Supervisor for POLYGON PICTURES JAPAN
with an experience of 12+ years.
I am well versed in all kinds of modeling,Sculpting ,Texturing ,Grooming and Look development